Part 2: The Disaster and Animals 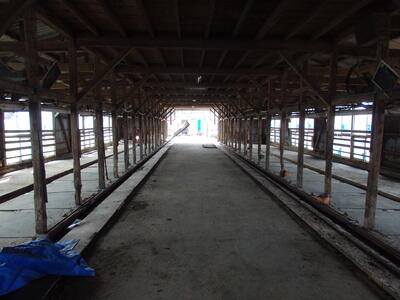 Interior of a barn at the Hangui Farm
Minamisoma  March 18, 2016

It is not only humans who are affected by major disasters, but animals were also in danger of dying as well.

After the accident at TEPCO's Fukushima Daiichi Nuclear Power Plant caused by the Great East Japan Earthquake on March 11, 2011, the area within a 20 km radius of the plant was declared an "exclusion zone" and all residents were forced to evacuate.

One of the cattle farmers, Mr. Issei Hangui of Hangui Farm, who was 61 years old at the time of the earthquake, had been running a dairy farm in Odaka Ward, Minamisoma City for 40 years and was raising 40 dairy cows at the time. His dairy farm was also severely shaken by the earthquake, but was not damaged by the tsunami. However, when the nuclear power plant had an accident, they were also forced to evacuate 19 km away from the plant. They left their cows behind, which were like family to them. 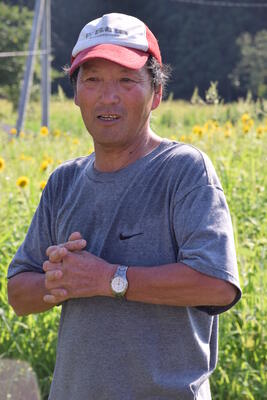 On March 15, he decided to evacuate, first to Haramachi Ward, where his daughter and her family lived, and then to Fukushima City, where his son and his family lived. He thought he would be able to return soon, but he was not allowed to enter the farm without permission. Out of responsibility to the community, he closed the shutters of his barn when he evacuated because he was concerned that the cattle would damage the neighboring houses and fields.

It was unthinkable for a cattle farmer to leave his cows behind. Even at the evacuation site, he couldn't stop thinking about the cows and couldn't stop crying when he remembered them. 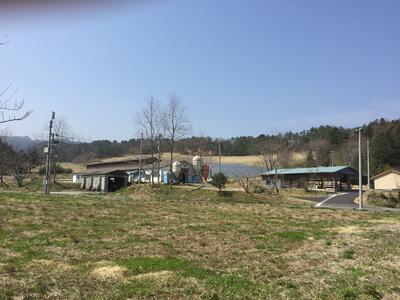 It was on June 10 that he opened the shutters of the barn again. This was the first time he had received permission from the prefecture. When he opened the shutters, his vision was blackened with flies and maggots as high as cow carcasses were buzzing around him. He was so shocked that he could not even cry.

It was the end of August when he noticed something strange about the pillars in the barn. The temporary burial of the dead cows had been decided, and he was working with his cattle farmer friends and the construction company to pull out the dead cows. They knew immediately how it happened. The starving cows were so hungry that they bit into the pillars. Everyone was shocked into silence. 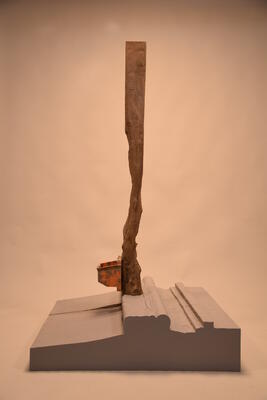 Replica of a barn post gnawed by a cow, created in March 2019

At the Fukushima Museum, we made a replica of the pillar of the barn at the Hangai Farm. It was created in March 2019, using a mold taken from the actual pillar of the Farm. This material is being used in exhibitions and educational activities as one of the materials to tell the story of the nuclear power plant accident and as a Disaster Heritage to consider the theme of "life”.

This material was also used in the projects of the Life Museum Network Executive Committee, of which Fukushima Museum is the secretariat, and was exhibited at ICOM Kyoto 2019 as part of the report on the results of the project, which was also seen by museum professionals from around the world. 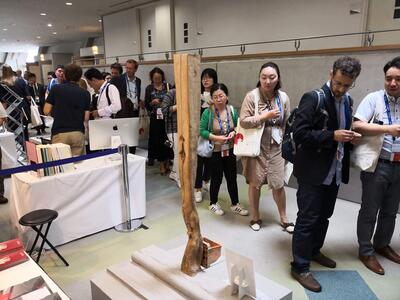