Part 3: The Clocks are Pointing at That Time

The clocks left at the disaster site indicate the time when the place was hit by the earthquake, tsunami, or another calamity, telling a different story of the situation they were in. 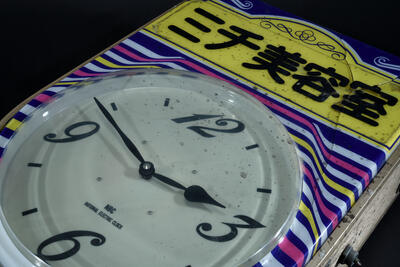 Clock of Michi Beauty Salon
Tomioka Collected on March 6, 2015
Now on exhibit at The Historical Archive Museum of Tomioka 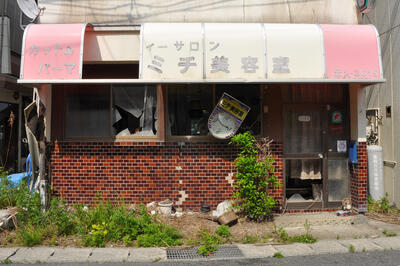 Michi Beauty Salon damaged by the earthquake and tsunami

This clock was hanging in the storefront of Michi Beauty Salon, which was located in the shopping district near Tomioka Station on the JR Joban Line. This electric clock stopped due to a power failure immediately after the earthquake. The time on the clock was about three minutes later, because the owner had set the clock ahead beforehand.

After the earthquake, the coastal area of Tomioka was hit by a tsunami up to 21.1 meters high, and the area near Tomioka Station was also inundated. Michi Beauty Salon, located about 200 meters from the shore, was also covered by the waves, and this clock, which was hung higher than a person's height, has stains on it that appear to be from the spray of the tsunami. 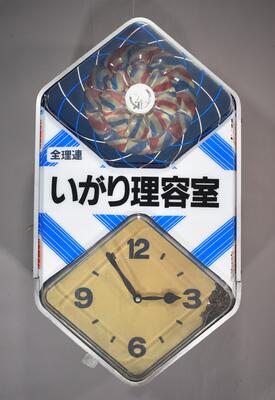 This is the clock of the Igari Barber Shop, located in Obama, Tomioka Town, about 500 meters from the coast. According to the owner, the clock had originally been set forward by nearly five minutes. The clock, which is electrically operated like the one at Michi Beauty Salon, stopped due to a power outage a few minutes after the earthquake, and the hands are still pointing at that time. 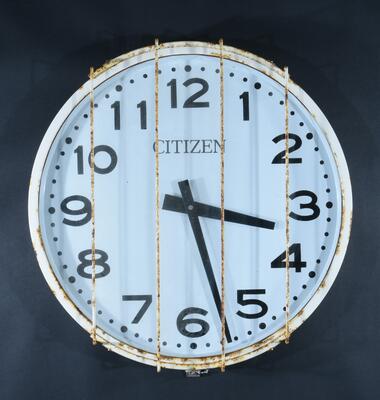 This is a clock in the gymnasium of Toyoma Junior High School in Iwaki City. After the earthquake, the Tairausuiso district, where the school was located, was hit by a tsunami up to 8.5 meters high. 87% of the houses were completely destroyed, and 65% of them were washed away. The death toll from the tsunami was 111, the worst in Iwaki City.

The students and teachers of Toyoma Junior High School were among the first to evacuate and escaped the disaster, but the first floor of the school building was flooded. The hands of this electric clock pointed to 3:27, the time when the tsunami reached the school and caused the power outage.

The Toyoma Junior High School building was demolished in 2015 and is now used as a green space for disaster prevention. 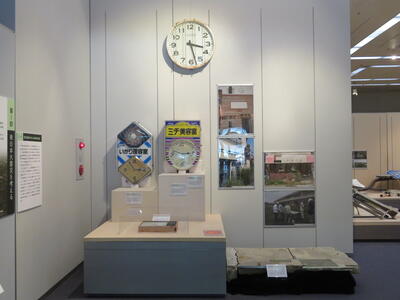 Since the Great East Japan Earthquake, the Fukushima Museum has been holding exhibitions of Disaster Heritage. Some of the visitors are victims of the disaster or people who are related to the materials, and they sometimes give us new information, such as details of the materials and what they were like before the disaster, which we did not know when we collected them.

Many of the things that occurred in the confusion of the combined disaster of the earthquake, tsunami, and nuclear power plant accident will fade away and be forgotten unless someone actively tries to preserve them.

It is one of the important roles of a museum to collect, preserve, and pass on to future generations the materials and information that represent "that time”.