Part 1: What Happened in Fukushima, and What Is Left Behind? 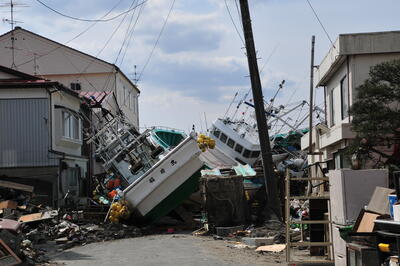 The 9.0 magnitude earthquake and resulting tsunami that struck on March 11, 2011 caused tremendous damage to Fukushima. The next day, there was an explosion at the Fukushima Daiichi Nuclear Power Plant managed by TEPCO. This was the beginning of the nuclear disaster, which caused special circumstances in Fukushima.

Iwate, Miyagi, and Fukushima are known as the three disaster-stricken prefectures. In Fukushima, however, the aftermath of the disaster spilled over into many other things, and unexpected incidents continued to occur, leading to a unique situation. Words such as "town-wide evacuation," "decontamination," "radiation measurements," "becquerel," and "sievert," which we had never heard of or used in our daily lives before the disaster, have become commonplace. 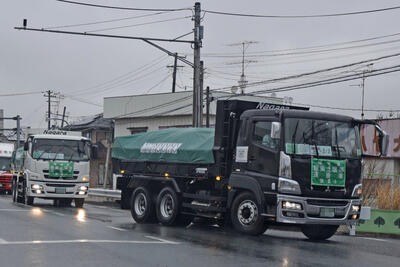 A variety of things related to the disaster have accumulated over the past ten years. At the same time, recovery, return, and reconstruction have progressed, and new landscapes have been created, but they have become so ingrained that we don't even realize that they were triggered by the 2011 disaster.

Instead of recovering to the life we should have had, we were forced to accept a daily life with different aspects. This emergence, continuation, and establishment of the extraordinary, in other words, the transformation of the “unusual” into the "usual," can be said to be the ten years of Fukushima.

Under these circumstances, how should the Fukushima Museum, a regional museum in the disaster area, have faced the disaster and what should it have done? One of the actions taken to answer this question was the Disaster Heritage Preservation Project that started in 2014. 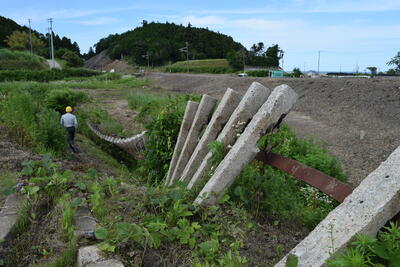 One of the activities of the Fukushima Museum in response to the Great East Japan Earthquake is the Disaster Heritage Preservation Project, an effort to create a museum resource of the disaster.

As a regional museum, the fundamental role of the Fukushima Museum is to collect, preserve, research, and exhibit materials related to the history, culture, and nature of Fukushima, and the museum has the organization, functions, and facilities to realize these roles.

Positioning the disaster as a stage or turning point in history and questioning what the disaster was is truly constructing history, which is in line with the purpose of the Fukushima Museum. In order to do so, what this project should do is to clarify what happened to the region of Fukushima and the people living there during this disaster, and to create methods that can be shared beyond the region and passed on to the next generation. 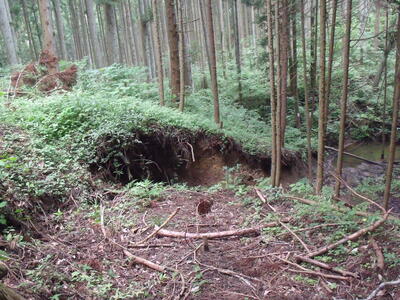 Immediately after the earthquake, the museum focused on rescuing cultural properties. On April 22, 2011, the area within a 20km radius of the Fukushima Daiichi Nuclear Power Plant was declared an "exclusion zone". In that area, there were a number of thefts, cultural properties were under unattended, and there were even power outages. These were major problems for the protection and management of cultural properties.

The Agency for Cultural Affairs and the boards of education of prefectures, cities, and towns conducted on-site inspections, and in May 2012, a rescue headquarters was established to confirm the process of cultural property rescue in the exclusion zone. In August, measurement of radiation levels of cultural properties and packing of materials started in Futaba, Okuma, and Tomioka Towns, and the first removal of materials from the exclusion zone was carried out on September 5. In this way, the procedure of how to rescue cultural properties in the evacuation area was established. 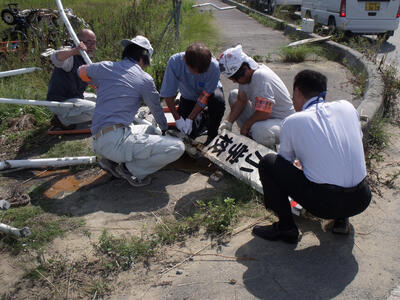 Museum curators went into the exclusion zone to directly check the level of radiation in the air and the situation there, and to share information. The rescue project also provided an opportunity for the curators and the local government officials to consider how to preserve the materials generated by the disaster. In November 2012, an internal meeting at the museum proposed that such materials should be collected, and the project was approved in April 2013. A working group was organized and started to discuss the details of the project.

We discussed how to position the project as a museum, the framework of Disaster Heritage, the organization and structure, and the storage location, and also confirmed the intentions of organizations that might be able to cooperate. We toured the coastal areas to see what was available in the affected areas, and collected information on disaster exhibition facilities. Budget negotiations were difficult, but as a result, we received a subsidy from the Agency for Cultural Affairs and decided to set up a new executive committee to implement the project. The subsidy from the Agency for Cultural Affairs lasted until 2017.

At a meeting in January of 2014, the concept of "Disaster Remains" was presented. It is essential for this project to have a perspective of what is in what place, and an archaeological framework is useful for this, and the concept of "War Remains" was referred to. It was finally decided to call the materials created by the earthquake disaster "Disaster Heritage”. 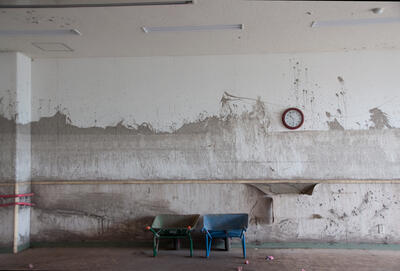 Passing on the Great East Japan Earthquake and Disaster Heritage

The Great East Japan Earthquake is said to be a disaster of unprecedented scale. Specifically, it was a large-scale, widespread, and long-lasting disaster. Under these circumstances, each individual, family, organization, and community that faces the disaster will create their own experiences and events, forming the "Fukushima experience”.

The term "complex disaster" or "multiple disasters" is often used to describe the situation in Fukushima. The earthquake off the coast of Tohoku triggered a massive tsunami, which in turn led to the nuclear power plant accident. There were human casualties, life crisis, collapsed houses, debris accumulation, and the spread of radioactive materials and anxiety about them, all of which were caused by these three factors. The first stage of the response was rescue, evacuation, and support, followed by the second stage of recovery, reconstruction, decontamination, and return.

A characteristic of Fukushima is that the various stages and phases of damage and response are occurring simultaneously. Each of these aspects was created by the disaster and constitutes the "Fukushima experience". By looking over these aspects, we can see the regional differences and compare and examine them. In each phase, there is a Disaster Heritage that reflects and symbolizes Fukushima's post-disaster progress. 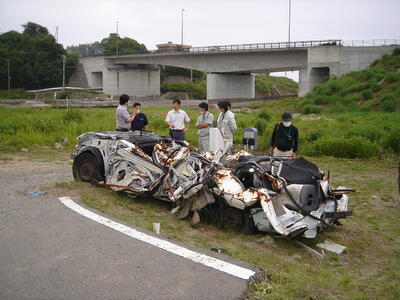 Disaster Heritage is the historical material that represents the "Fukushima experience," the "objects" and "places" that were produced by the Great East Japan Earthquake and that represent the disaster itself. The following four types of material are considered to be the most concrete examples of Disaster Heritage.

1. Traces of earthquakes and tsunamis - cracks in the ground, faults, tsunami deposits, etc.

2. Damaged objects, i.e., things that were damaged or lost their functions due to the disaster - rubble and damaged buildings

3. Things that were built or used in response to the disaster, and landscapes that were created - temporary housing, accumulation of flexible bags used to hold contaminated soil

4. Things that lost their original meaning due to the disaster - posters for events that would have been held if not for the disaster

In addition, there are some Disaster Heritage objects that cannot be classified into any one category, but have multiple characteristics.

The "objects" and "places" that are positioned as Disaster Heritage are rapidly disappearing due to the activities of nature and disposal as unnecessary items. In addition, as long as the response to the disaster continues, Disaster Heritage will be produced in a variety of aspects, and will not be something that is created in a single moment immediately after the disaster. In other words, they have been repeating the cycle of production and extinction over the past ten years. It is the role of museums and the position of the project to place the perspective of "preservation" in this continuous cycle and transform symbolic Disaster Heritage into historical materials. 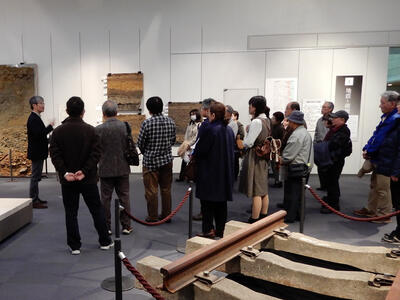 More than 2,000 items of Disaster Heritage have been collected so far. In 2021, a new division of Disaster was established at the Fukushima Museum. The team, led by disaster experts, will collaborate with the local community and share knowledge and experience, aiming to make the museum a place where local people can think proactively about their lives and use them for the future.